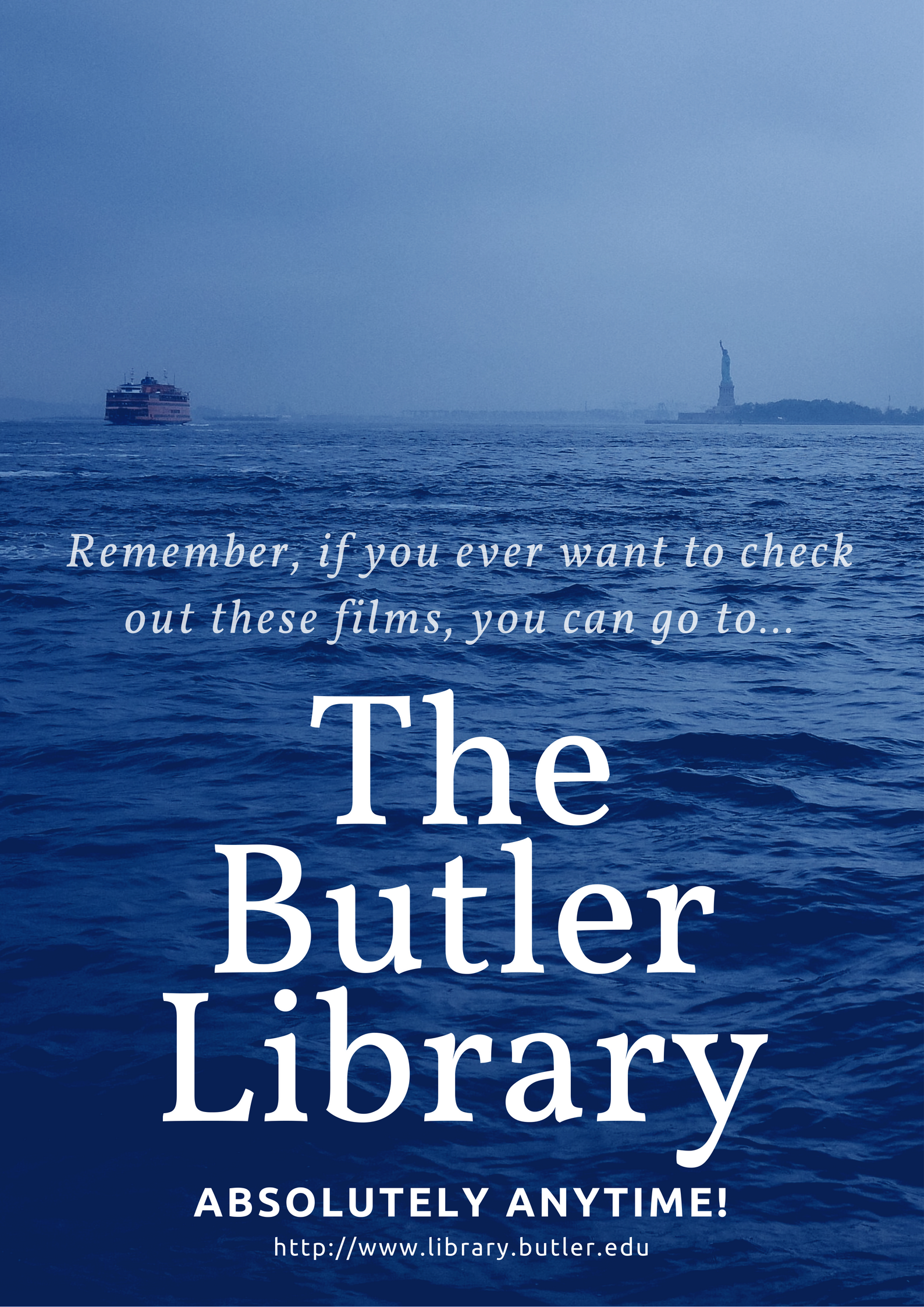 The Butler Library is a fantastic resource for anyone looking for a book OR a film! Using their databases, even if they don't have a specific film you're looking for, they can get it for you the next time!

For information on any of these films and more within the genre, please check out the Internet Movie Database. It's an incredibly valuable tool for anyone trying to find out information on their favorite actors, directors and films! It also includes reviews and news on upcoming films, so it's a good resource for the film watcher, the film creator and the film critic!

All posters on this page come from IMDb, we do not own any of this.

Action fish-out-of-water films typically place a protagonist in an unfamiliar environment  and then cause something to happen where they must fight their way out, or gain the world's respect by solving some problem or vanquishing a great evil.

The key here is violence and since moviegoers love violence, action fish out of water films are the second most popular genre of these films. 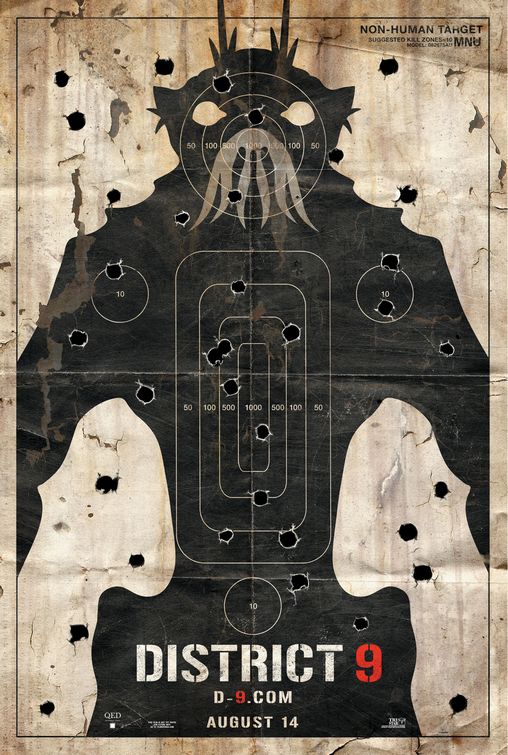 In this Neill Blomkamp directed film, our fish is Wikus van der Merwe (Sharlto Copley), an agent for the government responsible for moving the Prawns, an alien civilization, out of their homes in South Africa. He becomes an alien after accidentally inhaling an alien serum and must fight against the oppression that he once sought to enforce.

In Robert Rodriguez's sequel to Predator 2, a group of mercenaries, led by Royce (Adrian Brody) wake up on an alien planet and must find their way home by any means possible. The Predators are using them like game. 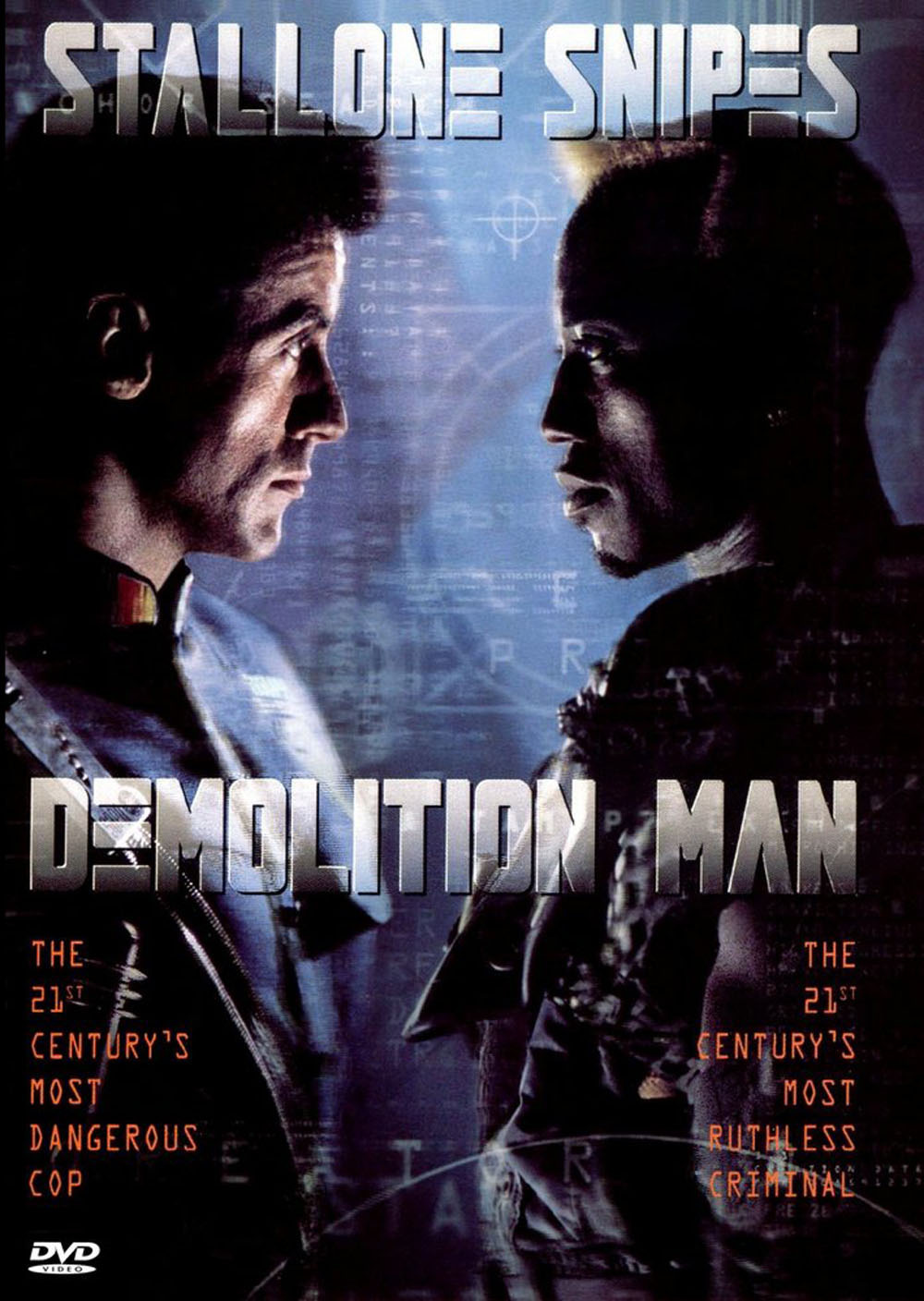 A violent criminal (Wesley Snipes) and a wrongfully-imprisoned police officer (Sylvester Stallone) chase each other through the pacifist future of the year 2032. Who will win in this battle of the past and future?

Sci-fi fish-out-of-water movies function much like action movies, except there is much more emphasis on the exploration of the world, which sometime gets violent, sometimes not.

Either way, there is bound to be lots of confusion about how the world works and how the movie deals with this could either be a manner of comedy or action.

In this Sci-fi classic, Marty McFly (Michael J. Fox) gets stuck in the past with Doc Brown (Christopher Lloyd), thanks to his time traveling DeLorean. When his future is threatened, Marty must make sure the events of the past stay the same so he can get Back to The Future! In this cult classic Sci-fi satire, due to a cryogenics experiment gone wrong, Corporal Bauers (Luke Wilson) is the only human with an average IQ in the year 2505, and he desperately wants to go back. When a time machine is brought up, he and his friend Frito go searching for it. 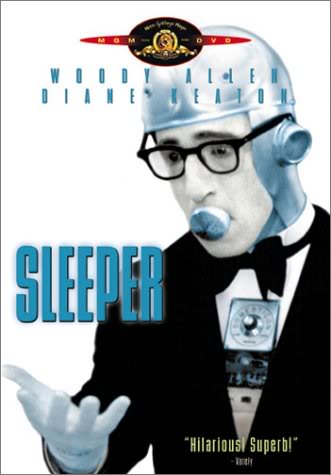 Woody Allen writes and stars in this sci-fi romp as a jazz musician-slash-health food store owner who is the only man not controlled by a sinister American police state. He becomes a vital part of a revolution.

Comedy fish-out-of-water films often derive their comedy from the protagonist's reaction to the world around them. These jokes can either be at the expense of the protagonist or the world, sometimes both.

Often the goal of the comedy protagonist is to find some sense of normality in the world, whether that would be in his old world or in the new one.

The wealth of comedic possibilities and angles that filmmakers can take has made this genre by far the most popular of fish out of water films.

Shaun (Simon Pegg) isn't having a great go at it, so he decides to try to get back together with his ex-girlfriend. Unfortunately, the zombie apocalypse happens in the middle of this. Shaun must prove his usefulness to everyone by getting his ex and everyone else to safety.

Axel Foley (Eddie Murphy) is a hard-nosed Detroit cop who follows the murderer of his friend to the different world of Beverly Hills, California. Will Axel Foley manage to  catch the killer AND bring a little Detroit to Beverly Hills? 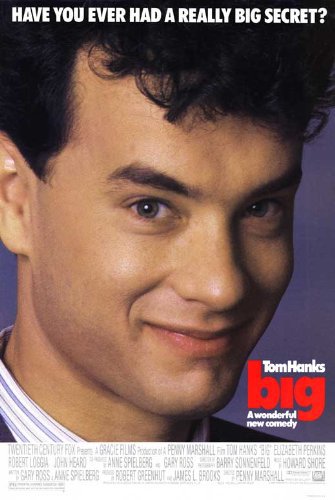 Tom Hanks plays a young boy who uses a fortuneteller machine at a fair to wish himself into an adult. He regrets this decision and has to find a way to navigate the adult world so he can become a kid again.

There aren't too many fish-out-of-water romances, although those that exist are often very successful because they appeal to a sense of wanderlust.

Often the portrayal of the strange world is one of hopefulness, with the protagonist finding someone immediately and then spending the rest of the movie balancing learning about the world and the new love interest.

In this romantic comedy, Adam (Brendan Fraser) plays a man who has spent 35 years inside his family's nuclear bomb shelter. He comes out with no idea about the world beyond the shelter. Eve (Alicia Silverstone) offers to help him out.

Adaline (Blake Lively) is made immortal through a terrible accident. Now, after 80 years of being 28, she finds someone she loves and must deal with the consequences of her deathlessness.

Horror fish-out-of-water movies take the "getting lost" aspect of the trope and exploit it for fear. Something in this strange world is always chasing you, always out to get you, and never rests for a moment.

These films create a sense of supreme unease, using the already disorienting trope to its full effect. 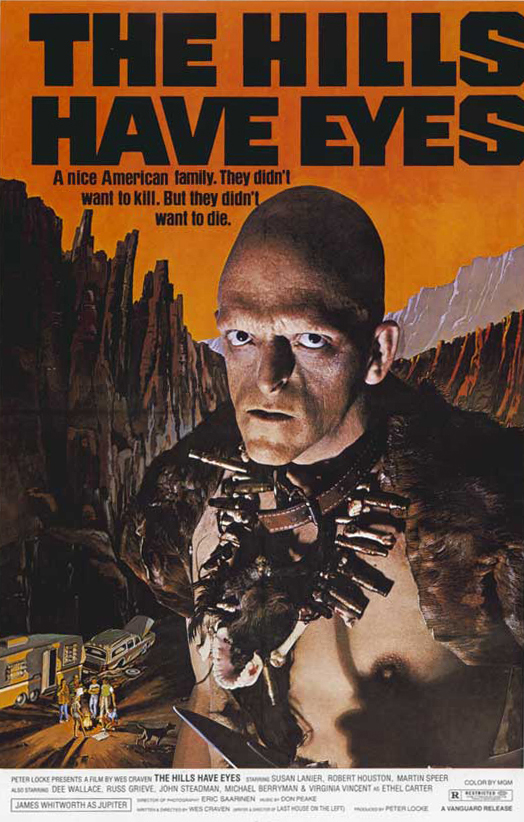 In this horror classic directed by Wes Craven, a suburban family's car breaks down in a strange uninhabited area, or so they think. They are being hunted by a tribe of savages, ready to rip them limb from limb.

Four Atlanta urbanites decide to take a trip into the more rural parts of Georgia, where they discover mentally-disabled, violent people determined to defend their property by any means necessary.