An avid gamer who started playing Dungeons & Dragons in the 80s, Jason Goldsmith is Associate Professor of English and Chair of the Vivian S. Delbrook Visiting Writers Series at Butler University, where he offers courses on videogames, narrative, British Romanticism, Eco-criticism, and art & nature. He is currently developing a videogame lab in collaboration with Irwin Library, funded in part by an Innovation Grant. Jason will be on sabbatical in Vienna this year where he will be writing, painting, designing games, and presenting at the Future and Reality of Gaming conference. 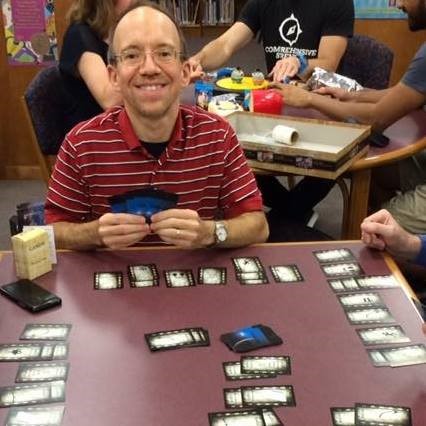 James McGrath is the Clarence L. Goodwin Chair in New Testament Language and Literature, and Faculty Director of the Core Curriculum at Butler University. Books he has authored include Theology and Science Fiction and The Only True God. He has also edited, co-edited, and contributed to books on religion and science fiction in general, and Doctor Who and Star Trek in particular, in addition to his work on early Christianity's literature and history.

Will be added after the presentation.