"Over the course of the 1980s, T. Coraghessan Boyle, who is also well known as T.C. Boyle, went from being a relatively unknown short-story writer to becoming a best-selling novelist whose works are studied in college classrooms. His wildly imaginative stories filled with quirky characters, lush descriptions, and cynical humor have elicited comparisons to the works of John Barth, Thomas Pynchon, and Evelyn Waugh. Los Angeles Times Book Review writer Charles Champlin termed Boyle's prose "a presence, a litany, a symphony of words, a chorale of idioms ancient and modern, a treasury of strange and wondrous place names, a glossary of things, good food and horrendous ills." Times Literary Supplement critic Thomas Sutcliffe described the author's style as "punctuated with fire-cracker metaphors, a showy extravagance with obscurities of language and an easy mediation between hard fact and invention." While Michael Adams, writing in the Dictionary of Literary Biography Yearbook, 1986, acknowledged Boyle's debt to the masters of absurdist and experimental fiction--Barth, Pynchon, Franz Kafka, James Joyce--he observed: "For all Boyle's similarities to other artists, no Americans ... write about the diverse subjects he does in the way he does."

Boyle has written more than a dozen novels and numerous short story collections, works that have won the author a clutch of literary prizes, including the PEN/Faulkner Award, numerous O. Henry awards, and France's prestigious Prix Medicis Etranger. His books have been adapted for movies and have earned critical acclaim. Writing for Entertainment Weekly, Jennifer Reese noted that Boyle's "finest books ... are gorgeous, scorching, soulful, and funny all at once."

A self-described "pampered punk" of the 1960s, Boyle did not set out to become a writer. A music student at the State University of New York at Potsdam, he began to compose plays and short stories after enrolling in a creative writing course on a whim. He continued to write short fiction after graduation, between his daytime job as a high school teacher (a position he admits he took to avoid serving in Vietnam) and his nightly drug and alcohol binges. One of his stories, "The OD and Hepatitis Railroad or Bust," was published in the North American Review, giving Boyle the confidence to apply to the respected University of Iowa Writers' Workshop. "The only one I'd ever heard of was Iowa," he explained to Anthony Decurtis in Rolling Stone, "so I wrote to them, and they accepted me, because they accept you just on the basis of the work. I could never have gotten in on my record." 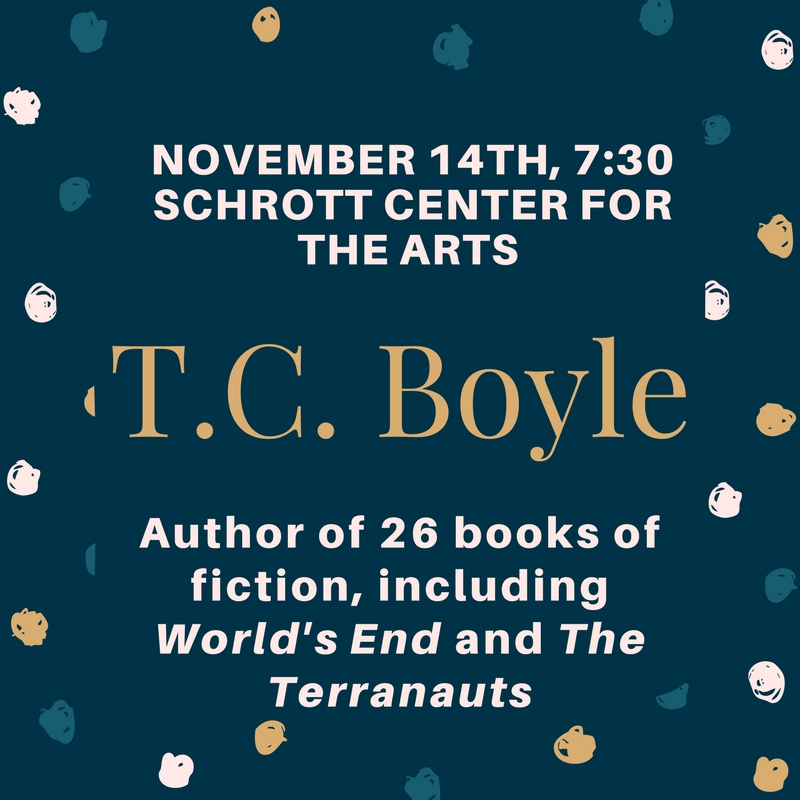