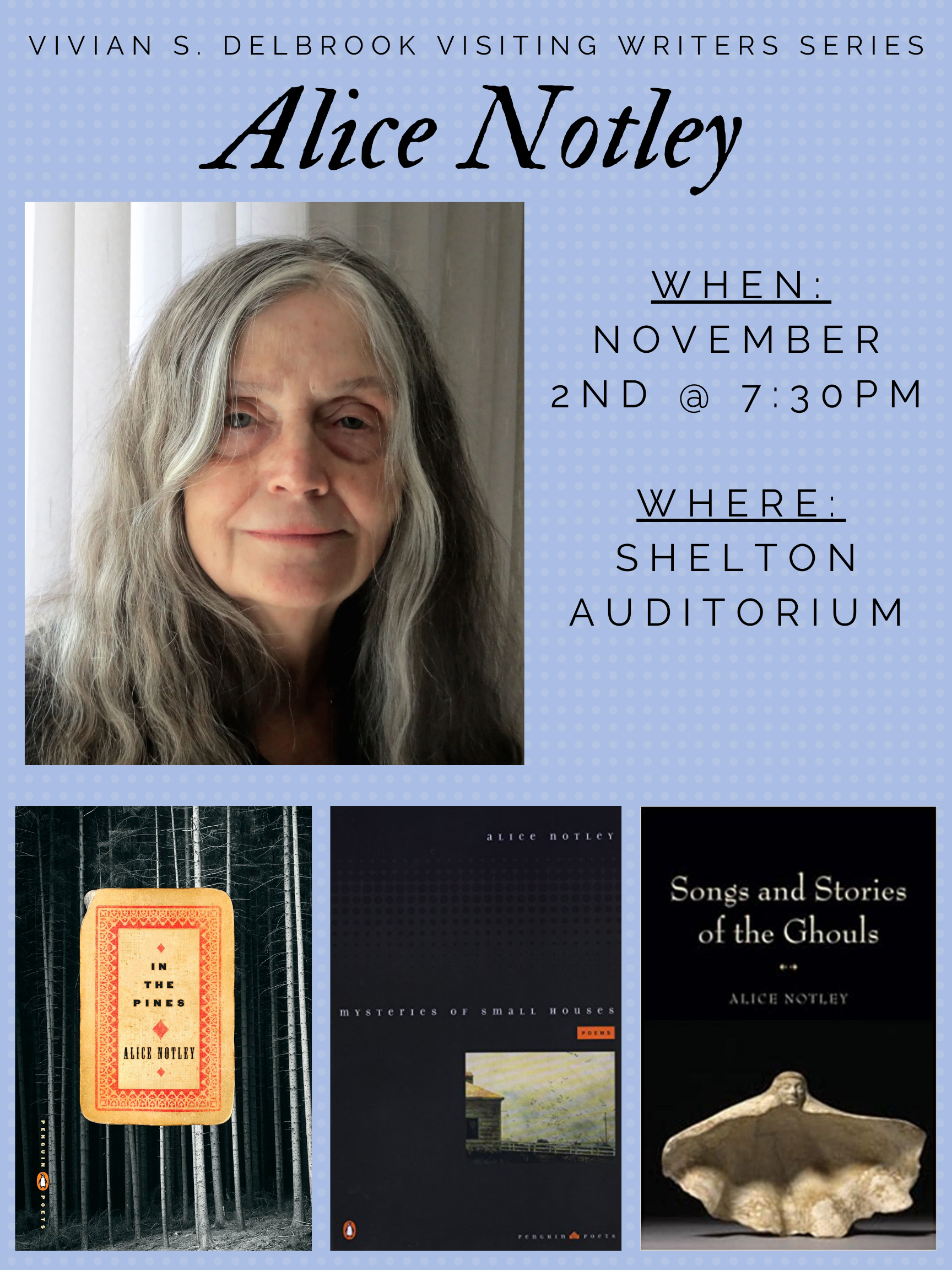 Notley was born in Arizona and grew up in Needles, California. After earning her BA from Barnard College and MFA from the Iowa Writers’ Workshop, Notley traveled extensively around the U.S. and abroad. She met the poet Ted Berrigan, and the couple lived in Southampton, New York (in the garage of painter Larry Rivers); Manhattan; Providence, Rhode Island; and Bolinas, California. The poetry community in Bolinas was particularly strong at the time, with Joanne Kyger, Philip Whalen, Bill Berkson, Robert Creeley, and Bobbie Louise Hawkins all among its residents. In 1972, Berrigan and Notley married and moved to Chicago, where they lived until 1976. She had two sons with him, the poets Edmund and Anselm Berrigan.

Active in the New York poetry scene of the 1960s and ‘70s, Notley is often identified with the Second Generation New York School poets, though her work resists any period classification. In an interview with the Kenyon Review, Notley noted: “I think I try with my poems to create a beginning space. I always seem to be erasing and starting over, rather than picking up where I left off, even if I wind up taking up the same themes. This is probably one reason that I change form and style so much, out of a desire to find a new beginning, which is always the true beginning.”