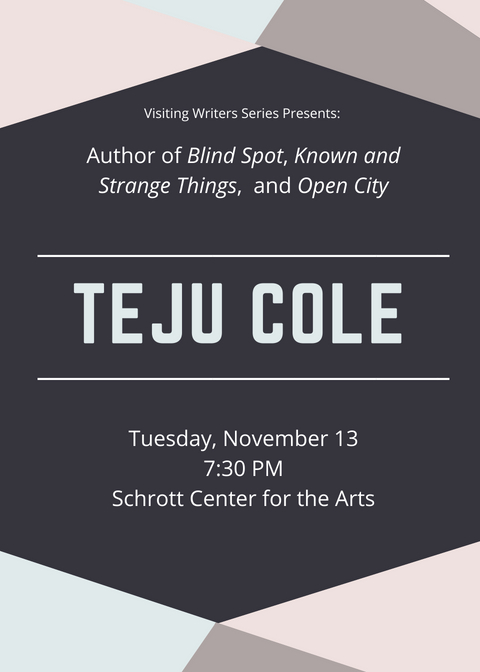 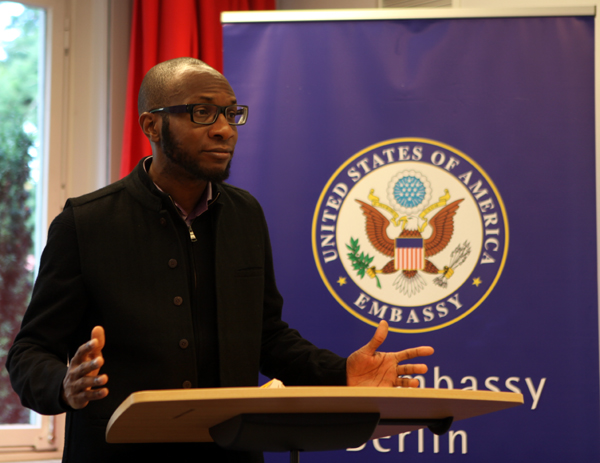 "Teju Cole is a Nigerian-American writer, photographer, cartoonist, and art historian. While he was born in Kalamazoo, MI on June 27, 1975, he was raised in Nigeria. He moved back to the United States where he earned a bachelor's degree from Kalamazoo College in 1996, a Masters degree from the  School of Oriental and African Studies at the University of London, and a Master of Philosophy from Columbia University. His first book Open City (2011) received the PEN/Hemingway Award, New York City Book Award for fiction, Rosenthal Award of American Academy of Arts and Letters, and Internationaler Literaturpreis. He is also a recipient of the 2015 Windham-Campbell Literature Prize for Fiction. He is currently a photography critic for The New York Times Magazine and is the Distinguished Writer in Residence at Bard College.

Text by this author have been ordered and should arrive at the library soon. This Guide will be updated once they have arrived and been processed.