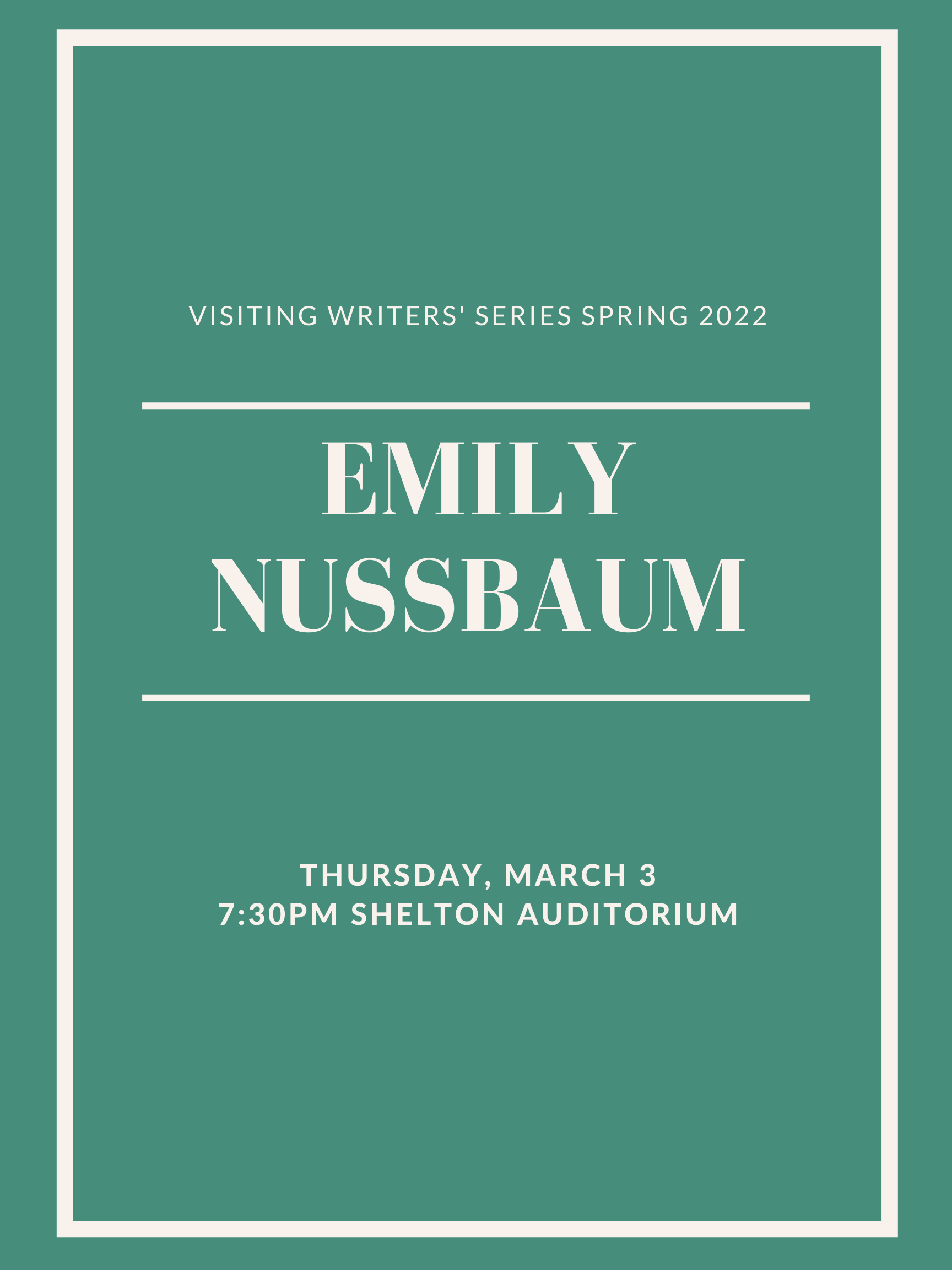 Emily Nussbaum has been the television critic for The New Yorker since 2011. She has written about “The Good Wife,” “Girls,” “Mad Men,” and “Scandal,” among other shows. Previously, she worked at New York for seven years, editing the Culture Pages (and creating the Approval Matrix) and writing both features and criticism. She won a 2014 National Magazine Award for Columns and Commentary. She has also written for Slate, The New York Times, Lingua Franca, Nerve, among other publications. In 2016 she won the Pulitzer Prize in Criticism “for television reviews written with an affection that never blunts the shrewdness of her analysis or the easy authority of her writing.”

Keep up with Emily Nussbaum on her website here.